Minhaj-ul-Quran International (India chapter) organized a congregation on the
blessed occasion of the birthday of Hazrat Ali (RA). 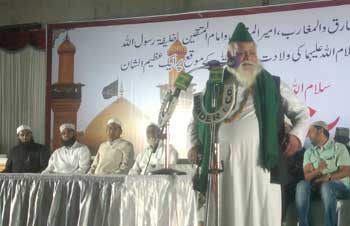 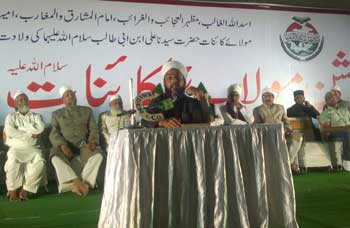 The speakers at the Conference paid glowing tributes to the services and contributions
of Hazrat Ali (RA) for the cause of Islam. They threw light on the various aspects
of the distinguished life of the fourth Caliph and said that Hazrat Ali (RA) was
a towering personality whose teachings continued to remain as much relevant today
as they were 1400 years ago. By holding this conference, Minhaj-ul-Quran International
strived to enlighten the hearts of Muslim Ummah with the love of Hazrat Ali (RA),
the fourth successor of holy prophet Mohammad (SAW). In this congregation renowned
Islamic scholar spoke on the nobility and greatness of Hazrat Ali (RA). 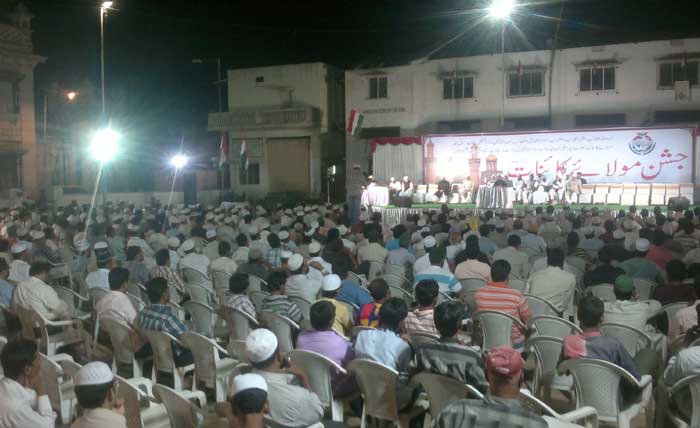 Two books authored by Shaykh-ul-Islam Dr Mohammad Tahir ul Qadri on the life
of Hazrat Ali (RA) were also released. The congregation was held at Khilwat Grounds,
Hyderabad, on Saturday evening. Mr. Owaisi and others appreciated the services rendered
by Minhaj-ul-Quran International for the cause of peace, interfaith dialogue and
harmony throughout the globe. The congregation witnessed the presence of many scholars
of Islam in addition to large number of participants.