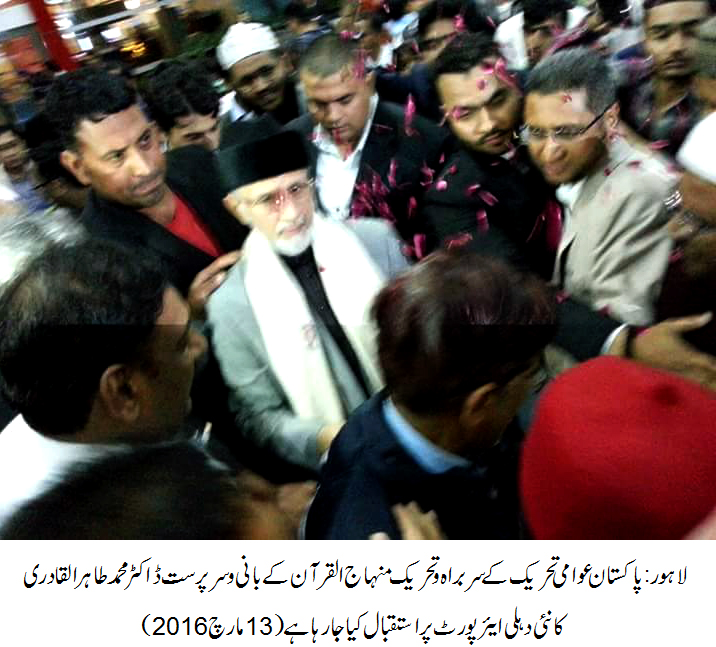 Shaykh-ul-Islam Dr Muhammad Tahir-ul-Qadri, patron-in-chief of Minhaj-ul-Quran International (MQI), was accorded a warm welcome on his arrival at the New Delhi Airport. The office bearers of MQI
(India) and a large number of workers under the leadership of MQI India President
Naad-e-Ali were present at the airport to receive their leader. As soon as Dr Tahir-ul-Qadri
came out of the lounge, the workers showered rose petals on him and chanted slogans.

In his brief chat with the workers, Dr Tahir-ul-Qadri said that MQI is playing
its role against terrorism and extremism at the international level. He said that
the peaceful and people friendly teachings of the Sufis have great impact on India.
He said that after the publication of Islamic Curriculum on Peace and Counter –Terrorism,
the MQI workers had invited him to visit India and apprise the people here about
the Islamic peace curriculum in detail. He said that Allah Almighty gave him this
opportunity to visit India in the form of International Sufi Conference.

Dr Tahir-ul-Qadri said that Islam is a religion of love, peace and human compassion,
adding that teachings of the Sufis, and a purposeful life based on respect for humanity
and tolerance are an eloquent proof of this.

From airport to the residence, the whole road was decorated with welcome banners.
The PAT Chairman is scheduled to address the International Sufi Conference on March
20. He took rest on March 13 and from March 14 onward, would start his organizational
activities. 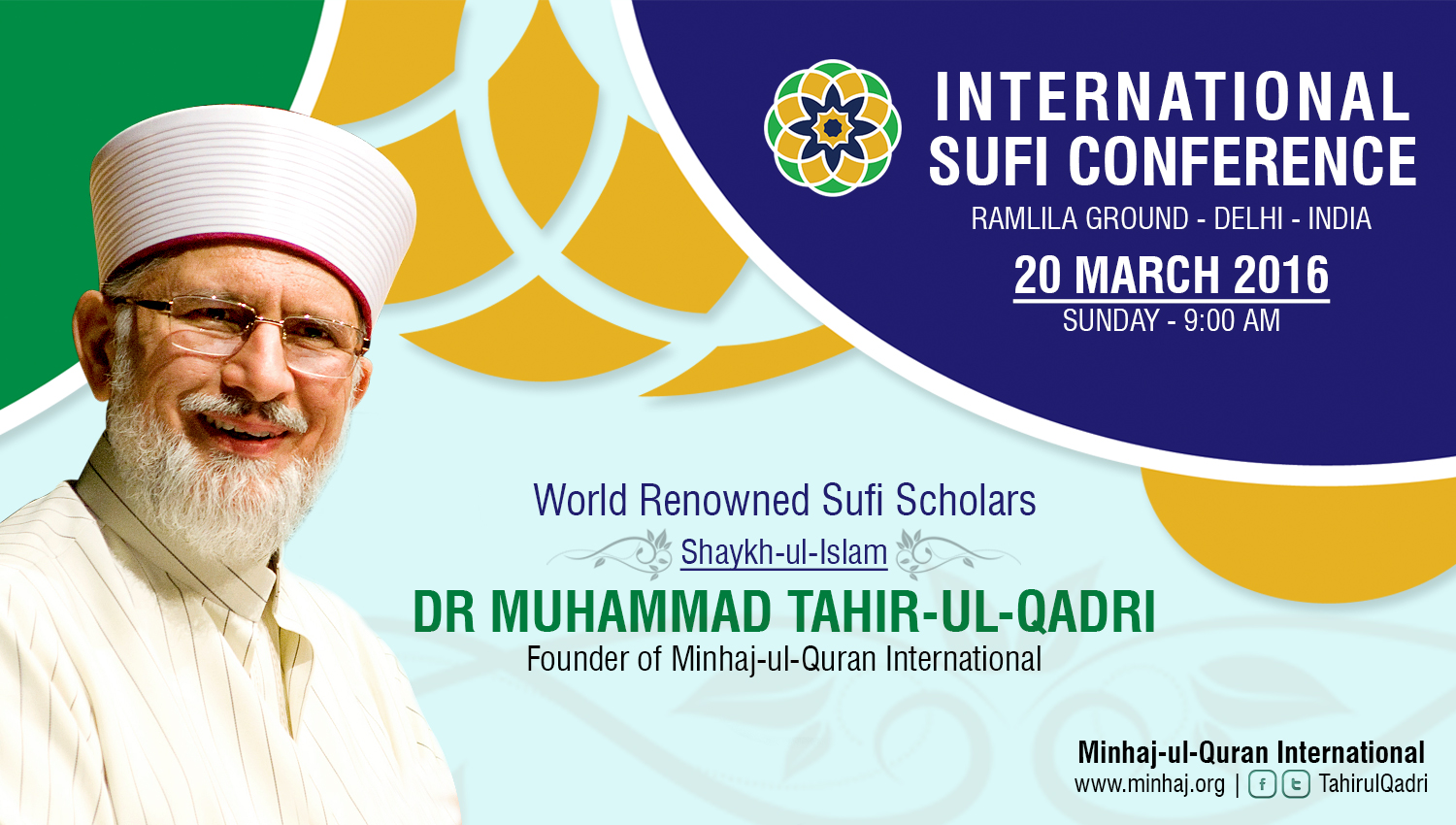