On March 8, 2012, a special sitting of scholars was scheduled with Shaykh-ul-Islam
Dr Muhammad Tahir-ul-Qadri in district Kutch of Gujrat State during his visit. According
to programme, a limited number of scholars were to call on Dr Muhammad Tahir-ul-Qadri
for which limited arrangements were made in a local hotel. The people’s entry was
to be allowed through special passes. 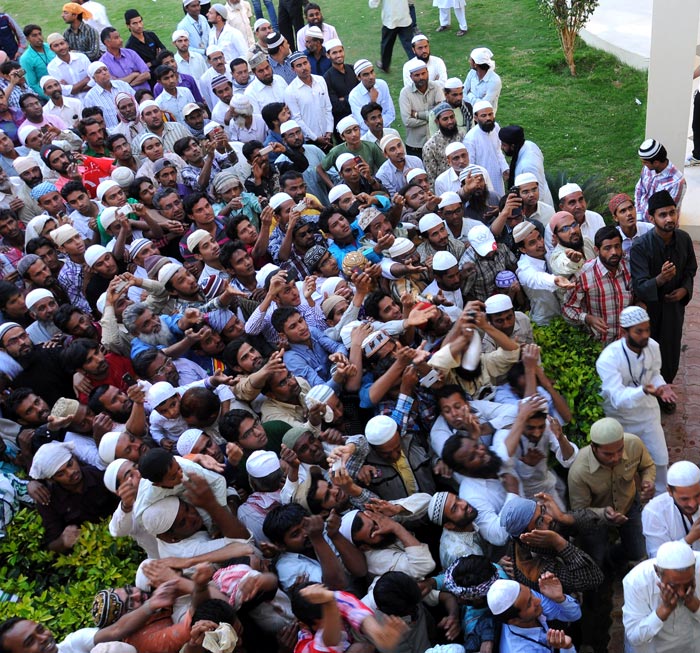 However, hundreds of thousands of people swamped the venue of the meeting and
expressed their desire to meet Shaykh-ul-Islam. On this occasion, the management
reviewed the security situation and other related arrangements and decided to cancel
the meeting. It was not possible for them to make elaborate arrangements to admit
of such a large number of people.

Overwhelmed by the love and spirit of people, Shaykh-ul-Islam Dr Muhammad Tahir-ul-Qadri
directed the management to send people in the form of groups and delegations for
a meeting with him. This is how thousands of people met him. On this occasion, Shaykh-ul-Islam
issued the following instructions to all of his followers:

• They should desist from backbiting.

• They should avoid telling lies and forgery.

• They should give up all bad habits such as drinking etc.

• They should restrain themselves from resorting to abuse.

• They should be punctual in offering of prayers five times a day.

• Be regular in keeping fasts during the holy month of Ramadan.

• The affluent people should pay Zakat.

• Imbibe the habit of book reading

• They should establish Durood sessions.

• They should seek forgiveness in case they committed any excess or injustice
with anyone.

• They should live with love and peace and be good to entire humanity without
any discrimination of religion.

• They should never indulge in any mischief or wrong doing or violence.

• They should promote the mission of MQI i.e. peace, interfaith dialogue, love
and harmony.

Shaykh-ul-Islam also came to the balcony of hotel and waved to the people waiting
outside. He also made a special prayer for them. This was a worth seeing scene as
people were overwhelmed with emotions and love. 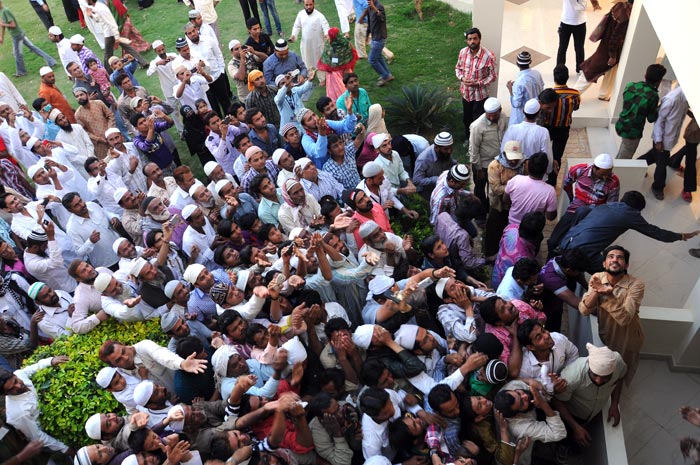