Unity among Muslims urged at spiritual moot to fight challenges 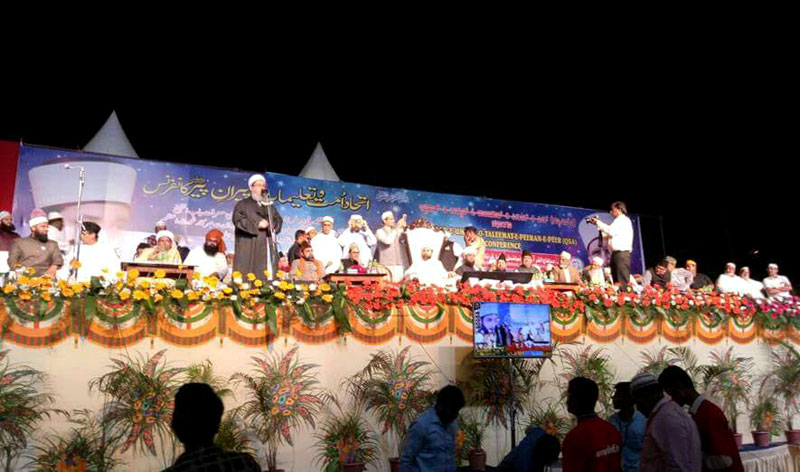 “Ittehad-e-Ummat and Talimat-e-Ghaus-ul-Aazam (RA)” conference was organized
by Minhaj-ul-Quran Mysore unit on 19th March at the Eidgah Maidan in Mysuru.

Minister for Primary and secondary education, Waqf and minorities welfare Tanveer
Sait and Minhaj-ul-Quran India core committee members were invited as a guests of
honour.

Maulana Muhammad Khan Qadri recited Qirat and Nasheed at the beginning of the
event.

Maulana Zulfiqar Ahmed from MQI Bangaluru said that unity among religious people
is of great importance today and stated that backbiting/negative publicity of other
scholars is causing great loss to the image of Islam among the youth. He stated
that that there is a need to fight Takfiri approach and adopt inclusive attitude
and to look at positive works of other scholars.

Syed Babar Ashraf asked Muslims to revive the spirit of unity among the Ummah
in these difficult times that we are faced with and pointed out that we ourselves
are responsible for our plight. He highlighted the importance of education in improving
the socio-economic condition of Muslims. He urged the youth to learn worldly and
spiritual education together and use it for serving mankind and revive Sufi ideology
of love, peace and harmony.

Peer Syed Tanveer Hashmi said that the love of friends of Almighty Allah has
great significance in Islamic teachings and the love of Awliya is planted in hearts
of people by Almighty Allah through His angels. He mentioned traditions of Prophet
(peace be upon him) which state that on the Day of Judgment, Awliya would be seated
on minarets of spiritual light.

Pointing out factors that are damaging the unity of Ummah , he said that extremism
and narrow minded attitude among some scholars has caused great damage to the image
of Islam and have caused educated youth to turn away from religion. He pointed out
with examples that differences have existed in the past among great scholars of
Ahlus Sunnah but they accepted the valid fiqhi differences with an open mind. He
also mentioned the importance of loving Ahlul Bayt (family of the Prophet (peace
be upon him)) as they are touchstone to measure true faith. He asked audience to
combine love and obedience and asked them to implement the teachings of Ghous-e-Aazam
(RA) practically in their lives and asked them to offer prayers regularly. 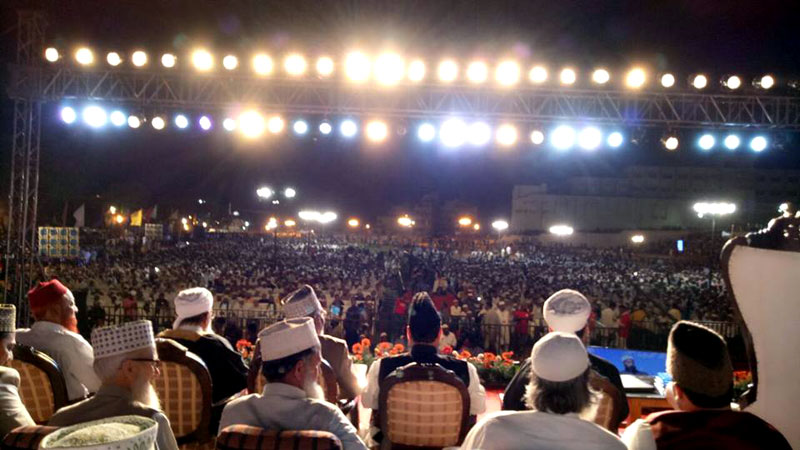 Maulana Habib Ahmed Hussaini, (Director Dawah and propagation of MQII) spoke
about the importance of unity and mentioned that Quran tells us that believers are
brothers and we should make peace between them. He stated that world is a place
of test and enemies would try to cause division but we need to stay steadfast and
committed to the cause of Islam. He reiterated that if we fight amongst ourselves
then we would fail in the fight with the enemy. He referred to the unhealthy competition
for status and positions among mosques/ madrassahs and scholars.

One of the hadith states that enemies of Muslims would gain mastery over Muslims
in spite of Muslims being large in numbers and pointed out that we are seeing this
in our lifetime. He narrated traditions of the Prophet peace be upon him) which
state that the connection among believers is like that of single body and believers
are like bricks supporting one another.

He mentioned three important aspects of life of Ghaus-e-Aazam (RA):

He further stated that in the current age, Minhaj-ul-Quran is fulfilling all
the three functions and is spreading the message of love, peace and harmony towards
entire mankind.

Obaidullah Khan Aazmi (ex-MP) said that the reason for downfall is the distancing
of Muslims from the teachings of Islam. He reiterated that unity of Muslims depends
on revival of our education system. Qur’an calls us to read in the name of Allah,
in other words Qur’an commands to blend learning with spirituality and the problems
we are seeing in the world exit because people are learning without any connection
with spirituality.

Reiterating importance of loving Awliya he pointed out incident in Surah Al Kahf
which mentions Awliya who took shelter in cave for 309 years and the dog who followed
the Awliya is also mentioned in the Qur’an because of his attachment to the awliya
of Kahf.

The Book “Al Fuyuzat al-Muhammadiya” by Shaykh-ul-Islam Dr. Tahir-ul-Qadri which
has Awraad and Wazaif was launched by Shaykh Hashim-ud-Din Gilani on this occasion.

The event concluded with Salam and Dua by Shaykh Hashim-ud-Din Gilani. 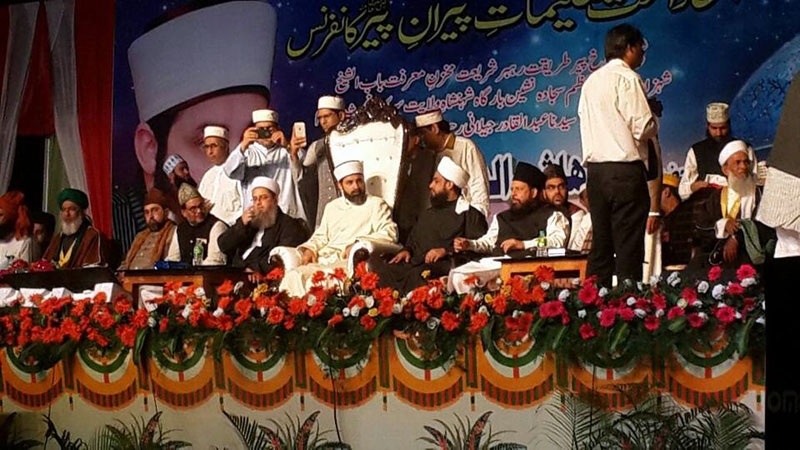 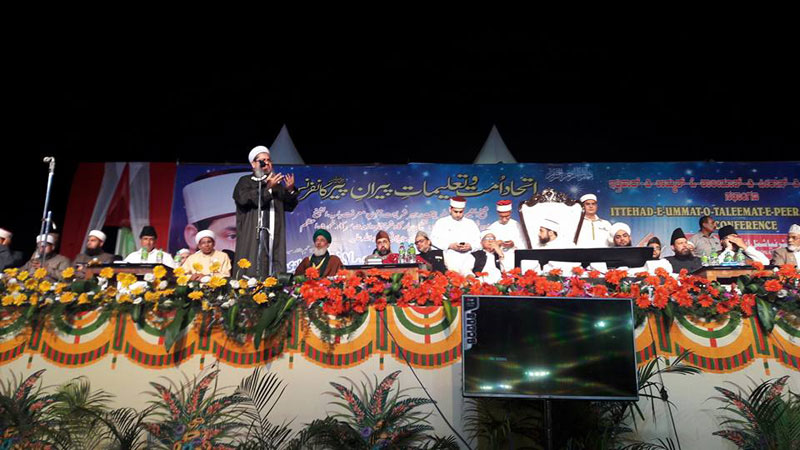 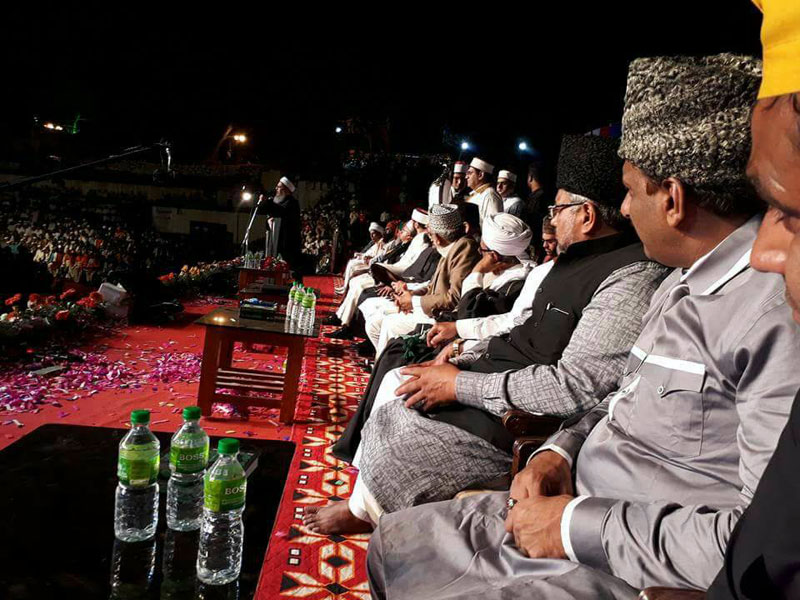 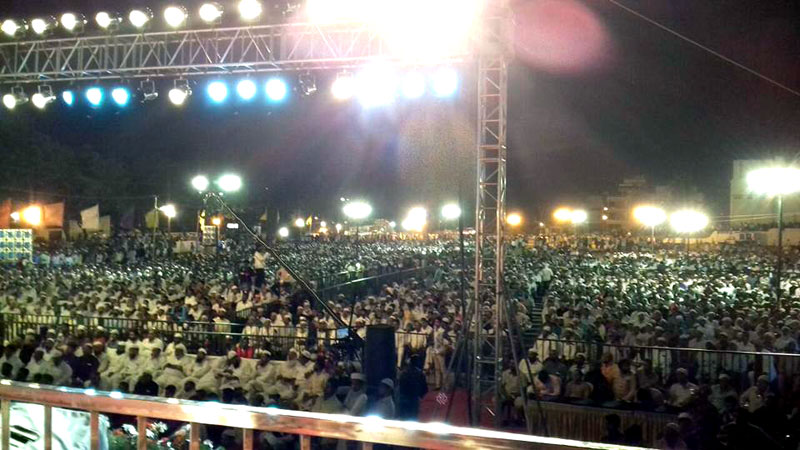 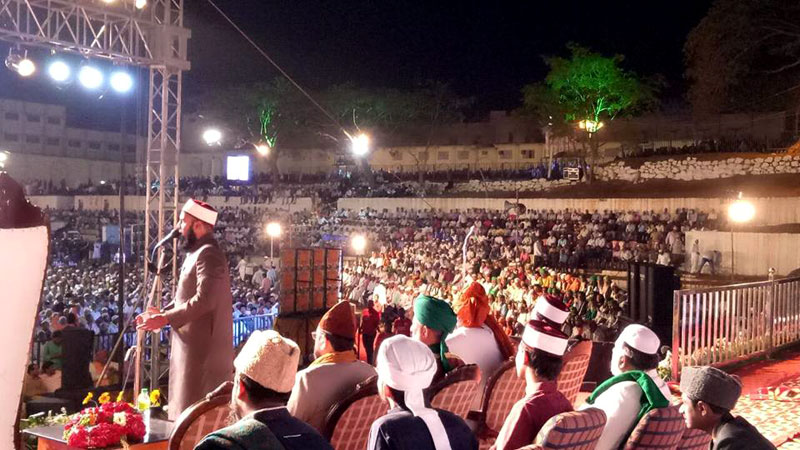 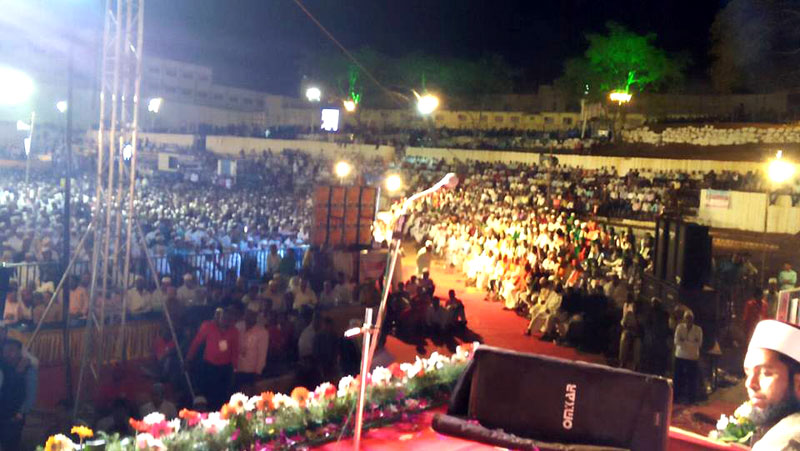 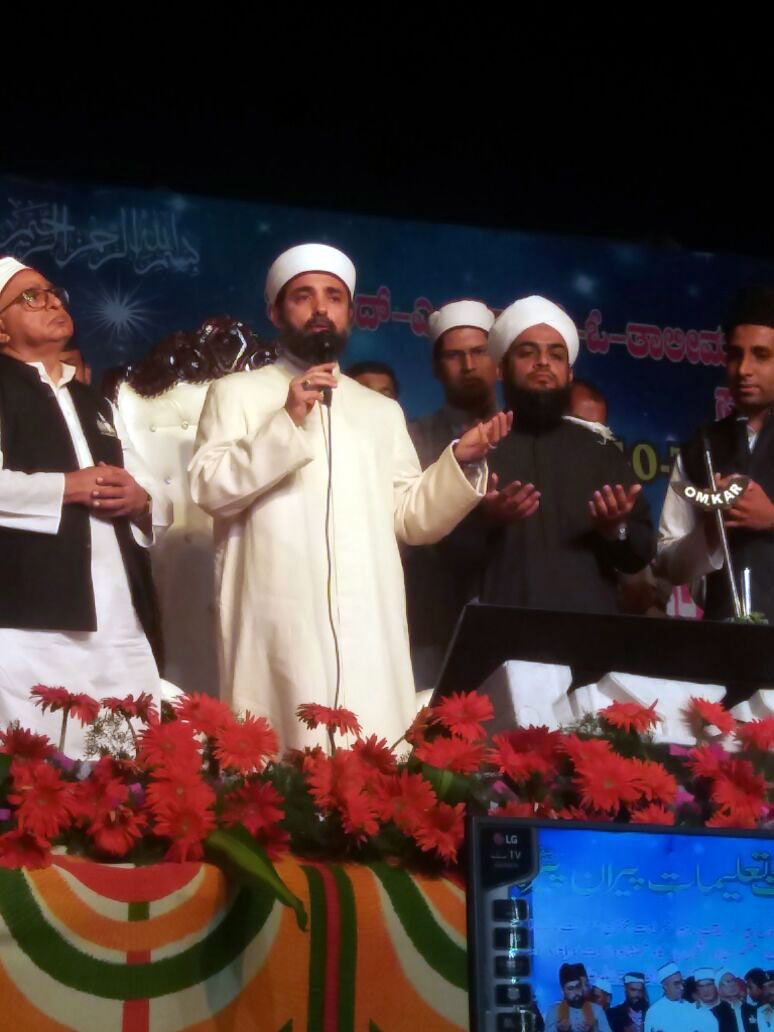 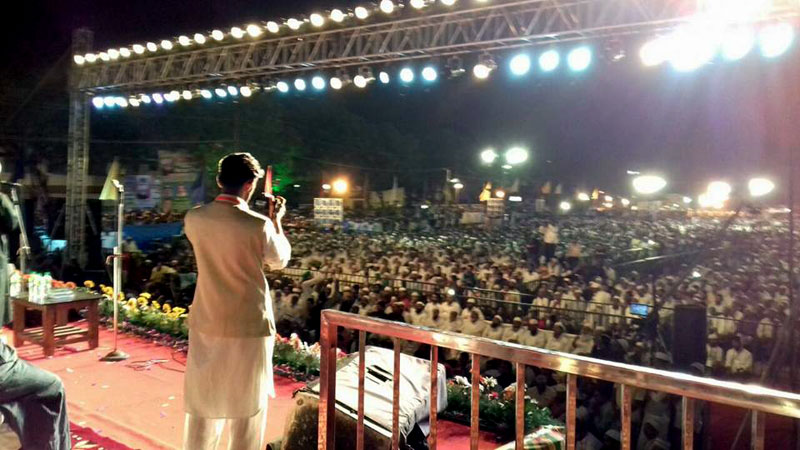 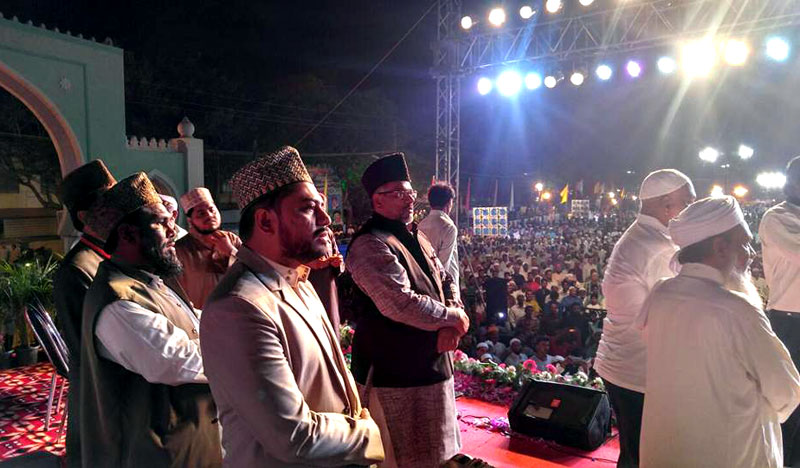 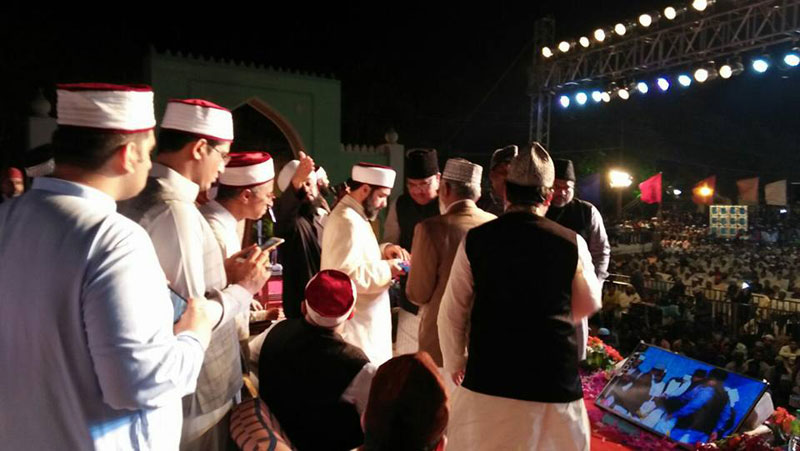 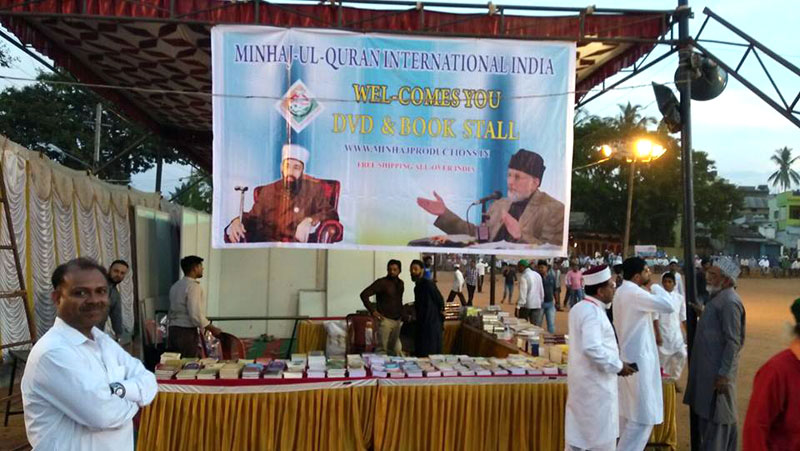 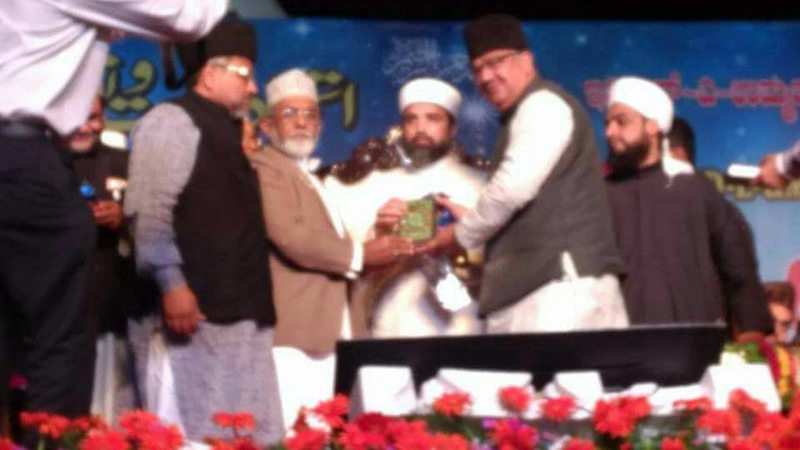