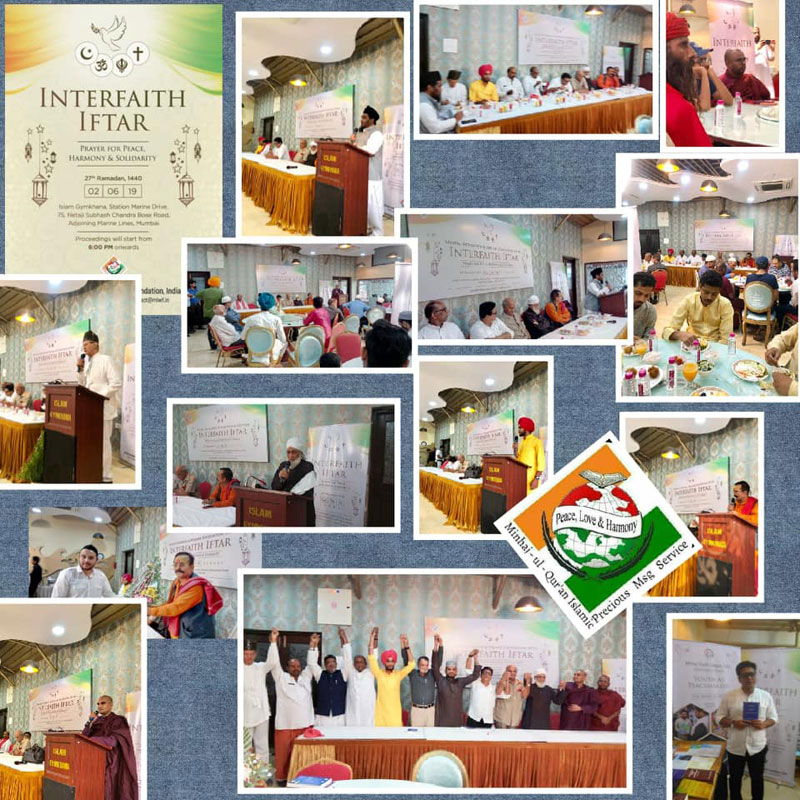 An Interfaith Iftar and Prayer Meet was hosted by Minhaj Interfaith and Welfare
Foundation on 2nd June at Diwan-e-Khaas, Islam Gymkhana in Mumbai. It was attended
by religious leaders from Muslim, Hindu, Christian, Buddhist, Jain, Sikh and Parsi
faiths. Members from reputed NGOs and personnel from the police also graced the
event with their presence. The books on anti-terror curriculum authored by Shaykh
ul Islam Dr. Muhammad Tahir-ul-Qadri were presented to the guests. All the religious leaders
made a vow against extremism and terrorism and resolved to promote peace and brotherhood.

Sajeed Shaikh conducted the proceedings of the event and introduced all the chief
guests to the audience.

Acharya Shukla congratulated MIWF for bringing religious leaders from different
faiths together and held that interfaith dialogue is not a luxury but has now become
a necessity.

Bodhhishil Bhante quoted Buddhist teachings which mention that establishing peace
within ourselves through spirituality is the first step in establishing peace and
harmony in the societies. Unless there is peace within us there can be no peace
outside of us. He said that humanity doesn’t need more wars but needs love and spirituality
so that our souls are able to receive the divine light.

Maulana Ali Muhammad explained the importance of serving humanity without the
discrimination of caste, religion and creed. He quoted Quranic verse which says
that those who fail to serve people in distress are worse than animals because the
feeling of kindness and soft hardheartedness are what differentiates a human being
from animals. He quoted incident from life of Imam Hassan (RA) who left his place
of Itikaf (seclusion in Mosque) to fulfill the needs of a needy person. He mentioned
that without peace in religious communities, global peace is not possible.

Father Rosario Vaz mentioned that if leaders of different faiths come together
the violence related to religion will automatically come down. He emphasized the
need of discussion with other faiths through interfaith dialogue.

Dr. Homi Dhalla mentioned the initiatives for peace being carried out by scholars
like Dalai Lama and past personalities like APJ Abdul Kalam and Mother Teresa. He
emphasized the importance of Sufism in restoring peace to humanity and quoted Sufi
authors like Al-Ghazali, Shaykh Sadi and Nizamuddin Awliya whose teachings are still
relevant today and can help restore peace. He also mentioned the importance of interfaith
dialogue in establishing peace. He suggested introducing courses like ones on kindness,
and meditation, etc. for students.

Maulana Anis said that there is a need to restore humanity among religious people
by promoting teachings of mercy. He quoted various Islamic traditions about serving
humanity and said that mercy is the essence of Prophetic teachings.

Amol Madame highlighted the importance of interfaith dialogue and said that youth
should be targeted for such conferences. He said that in the present environment
of hate we can become the beacons of hope through such efforts. He also said that
fasting is a way to cure negativity among human beings as it teaches us to get rid
of anger and greed.

The event concluded with Dua for peace. 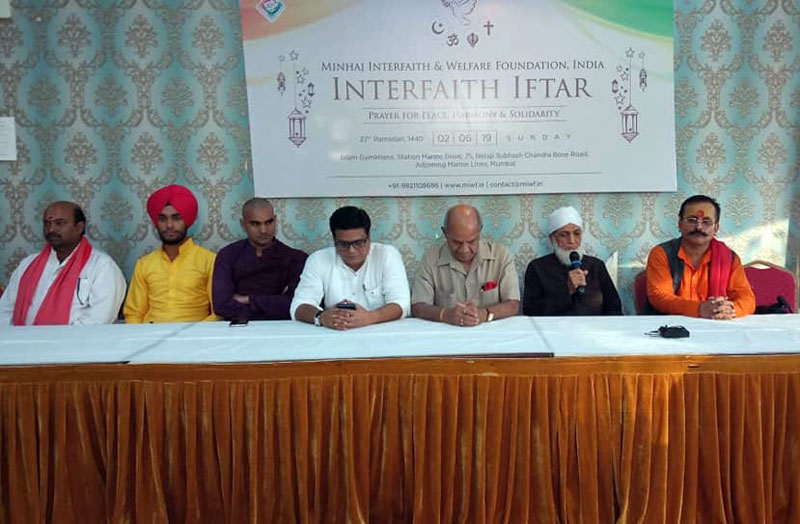 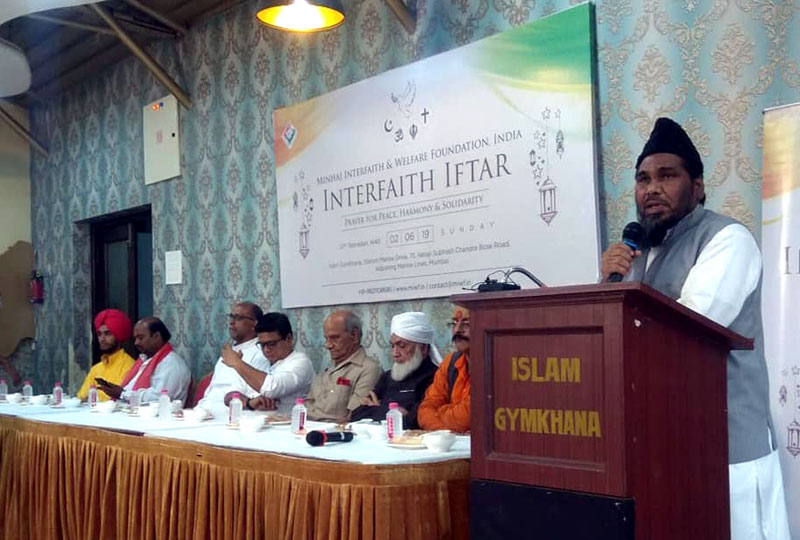 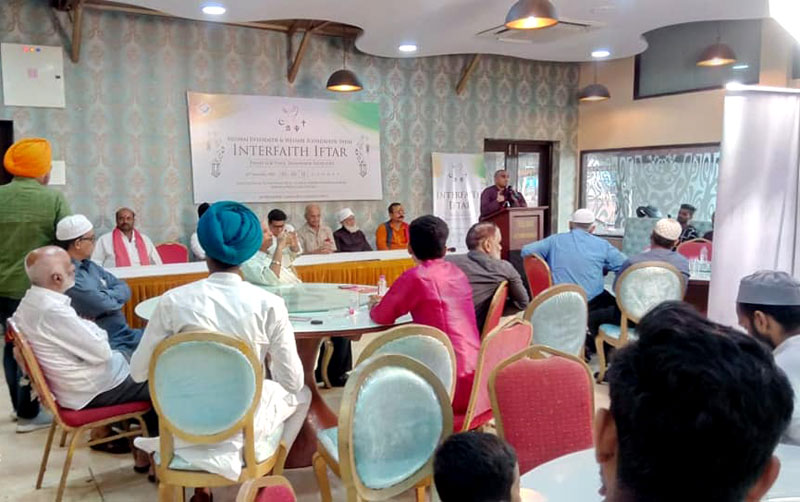 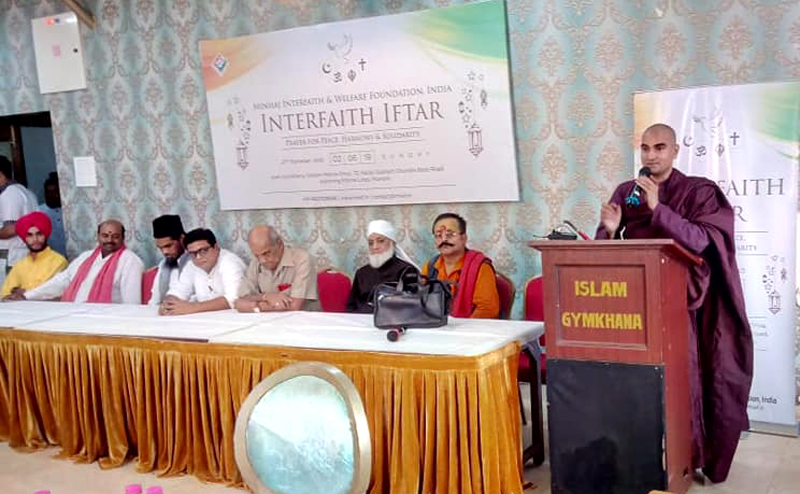 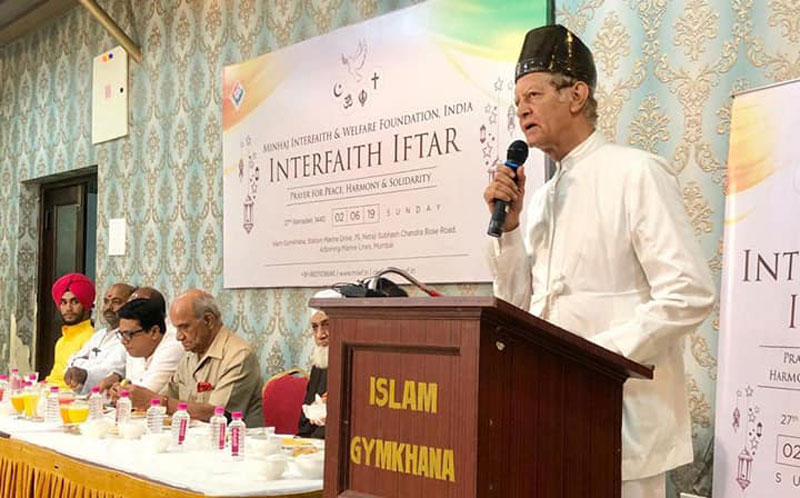 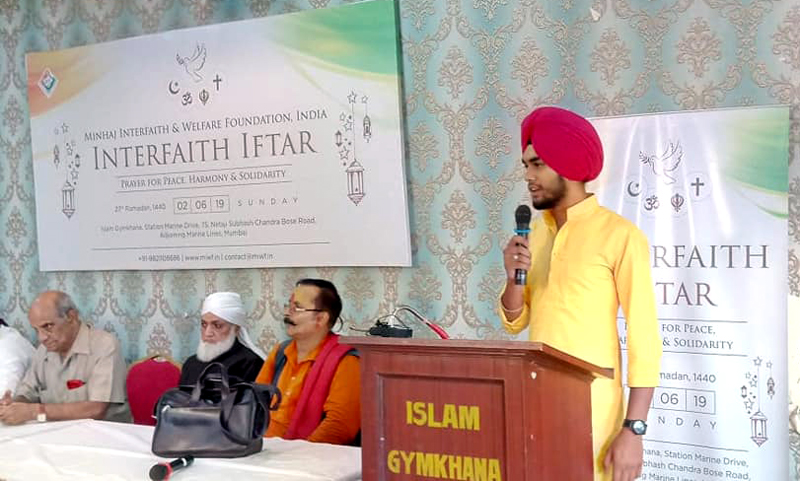 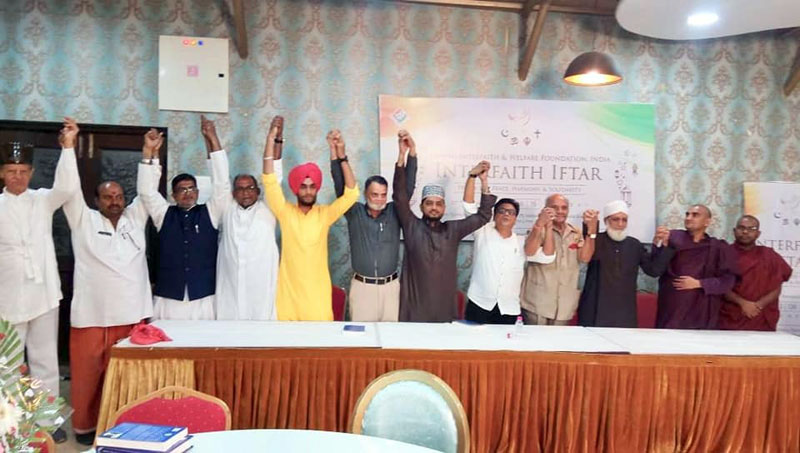 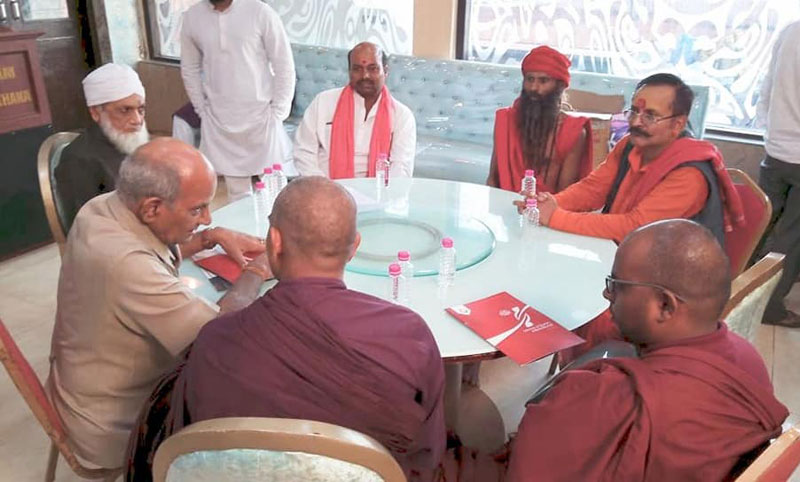 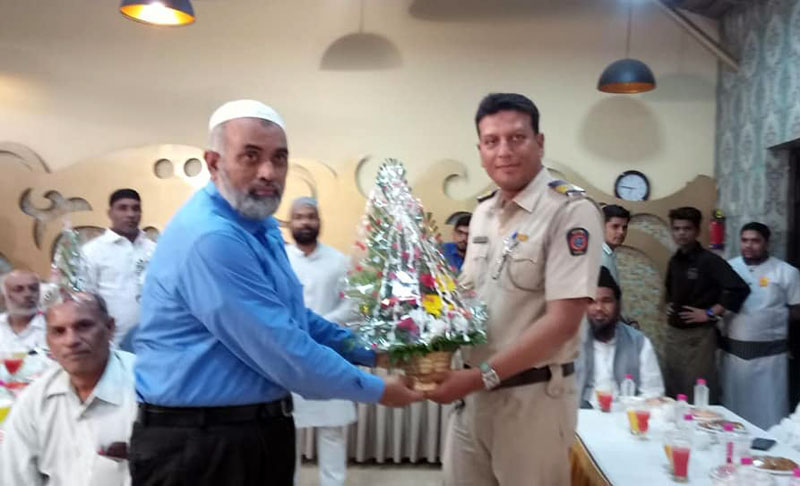 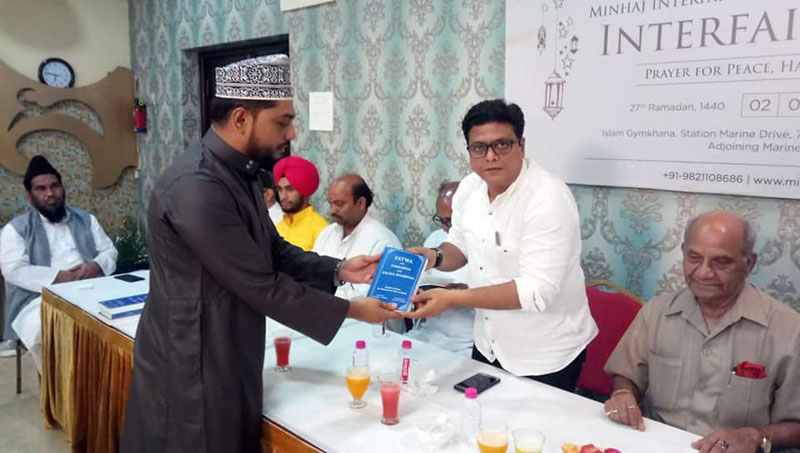 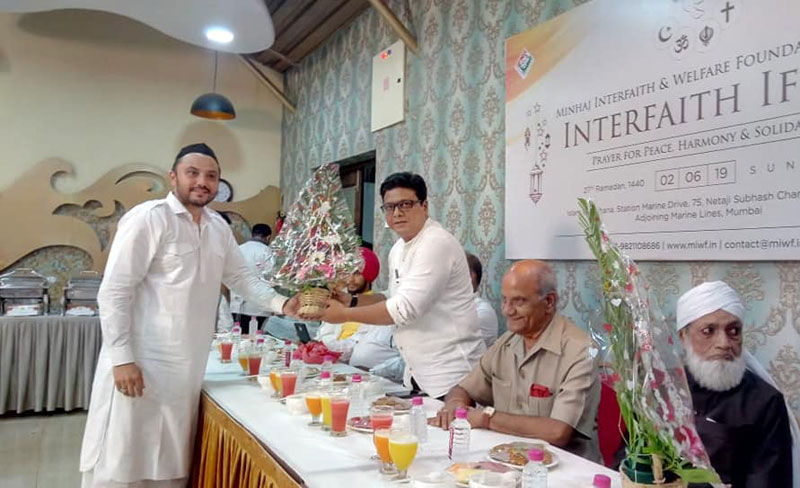 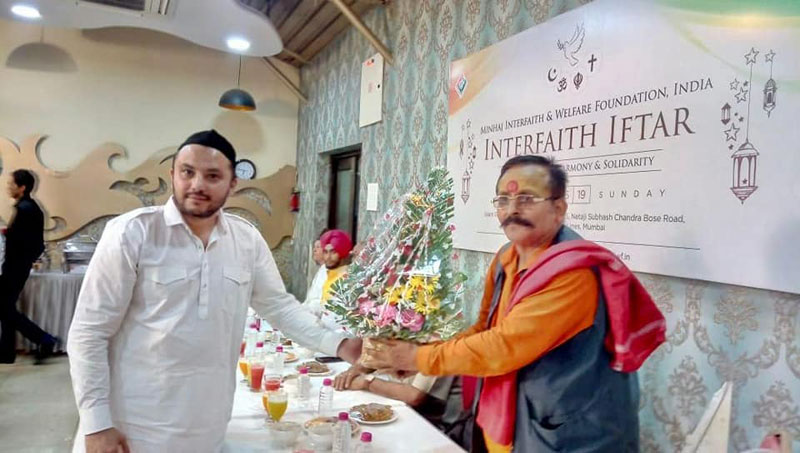 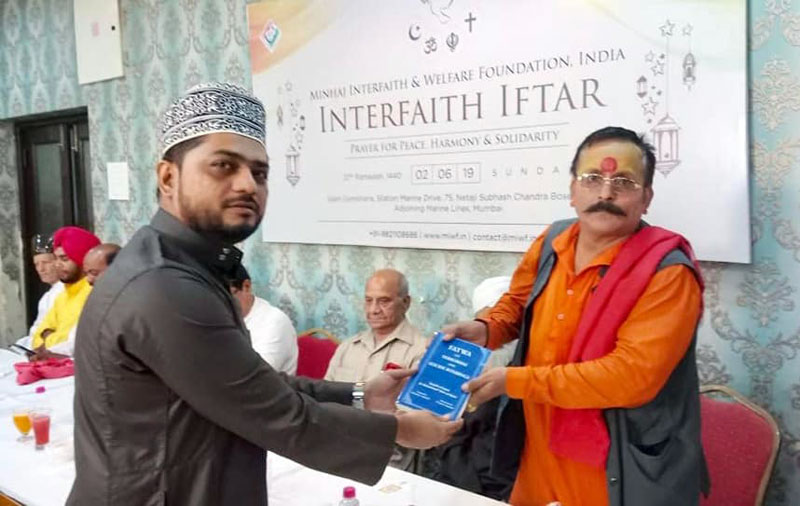 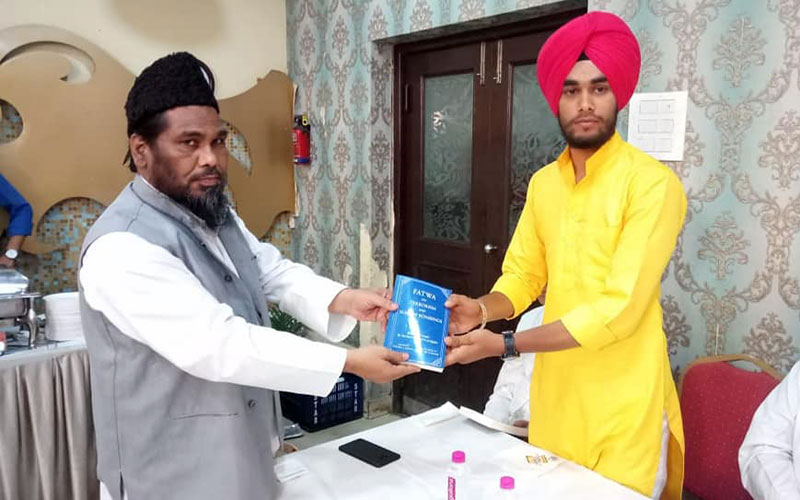 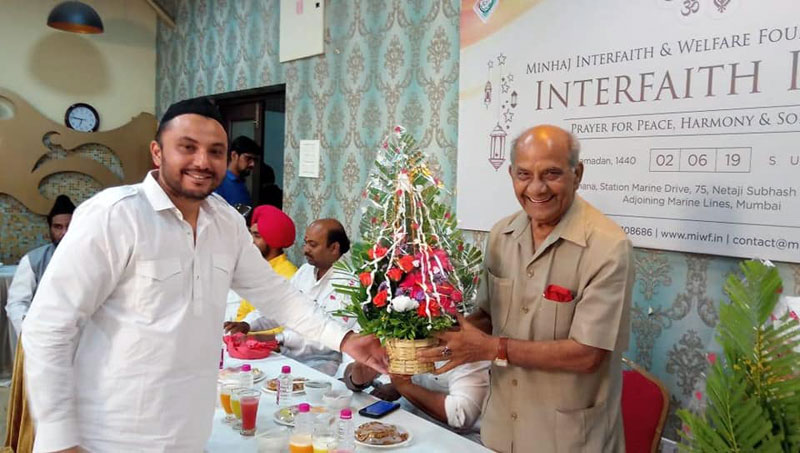