As part of Minhaj Dawah project, Peace and Anti-terror curriculum books are being
promoted by Mysuru team. The Mysuru team set up book stall and gifted books to police
personnel and government officials as part of this effort. 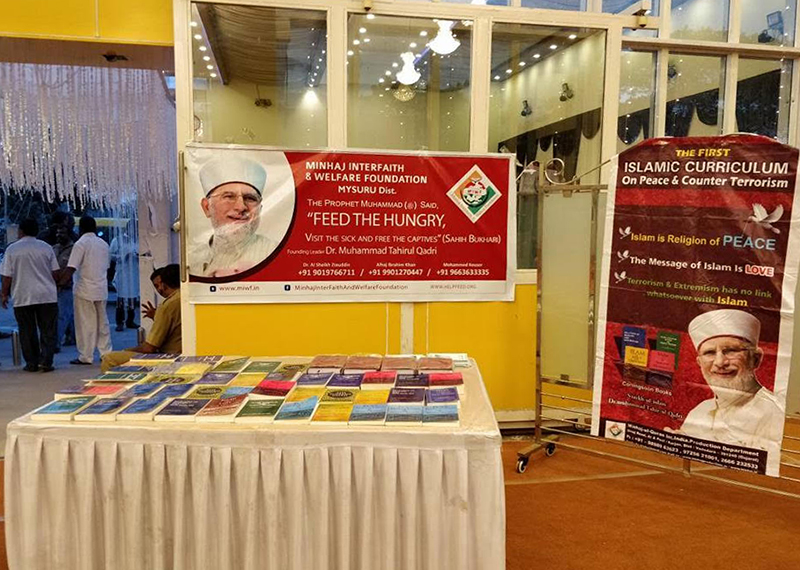 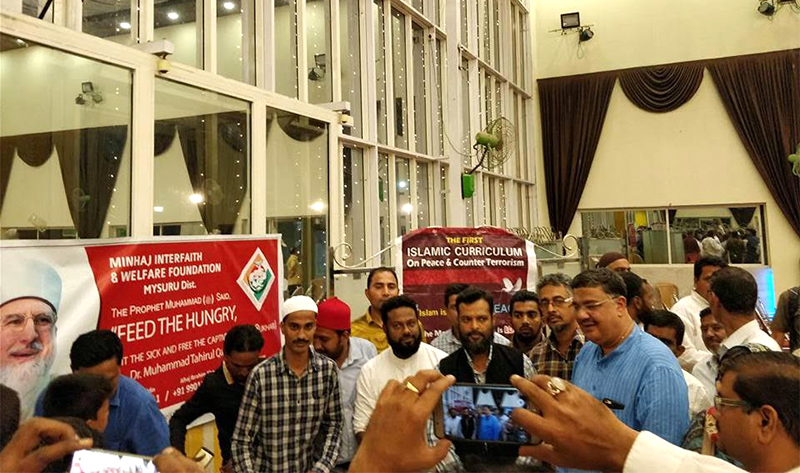 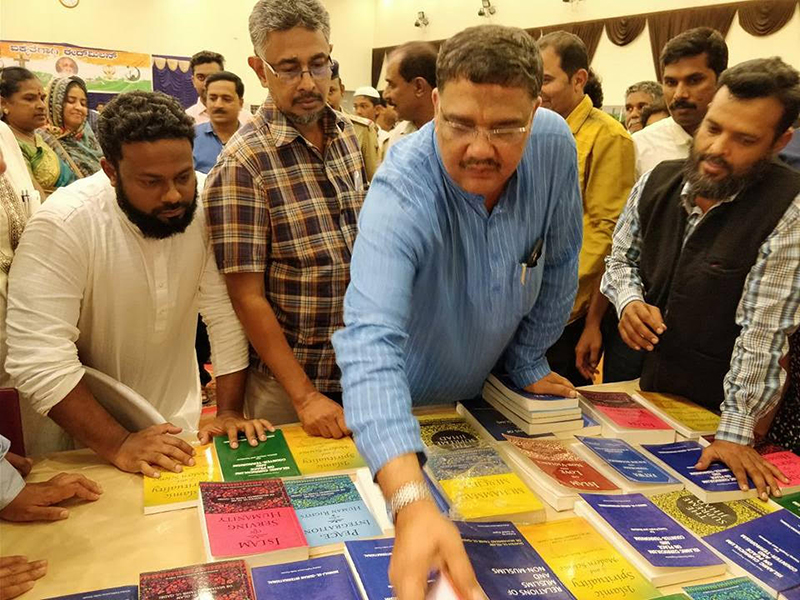 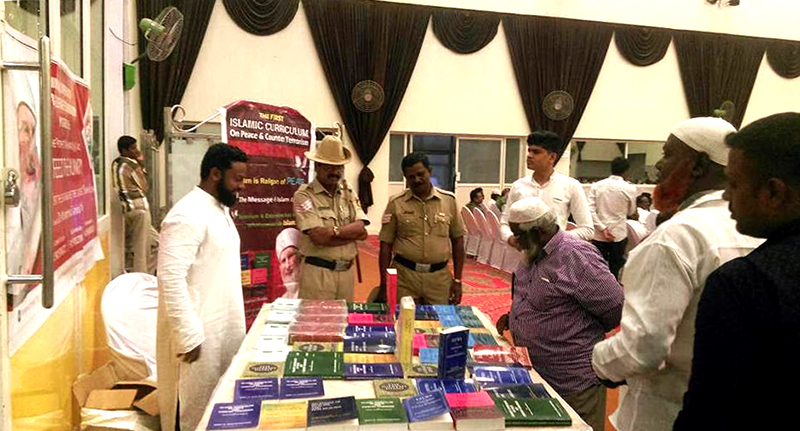 Police officers taking a look at books on Counter Terrorism. 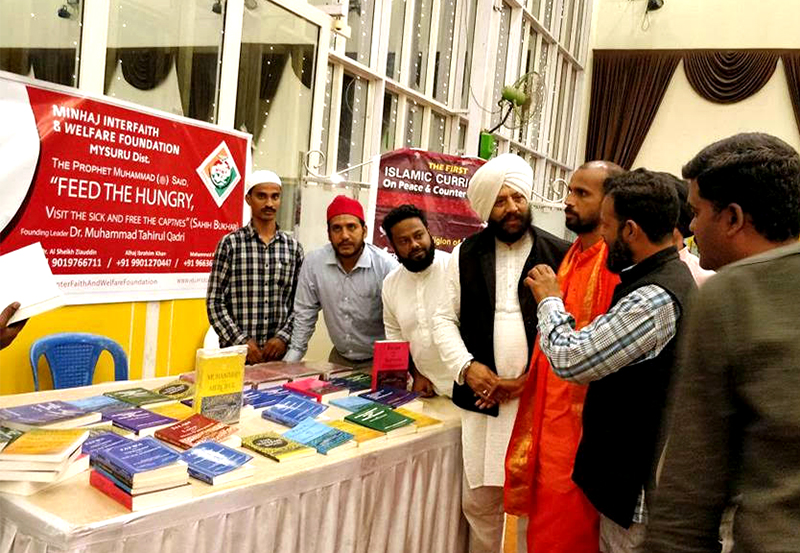 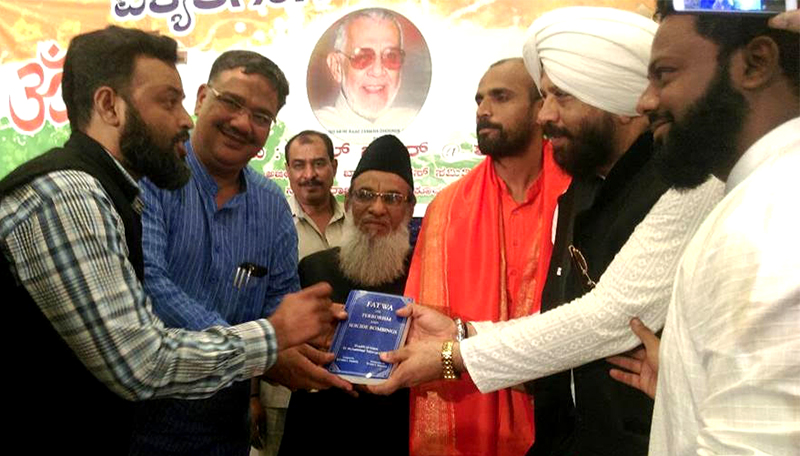 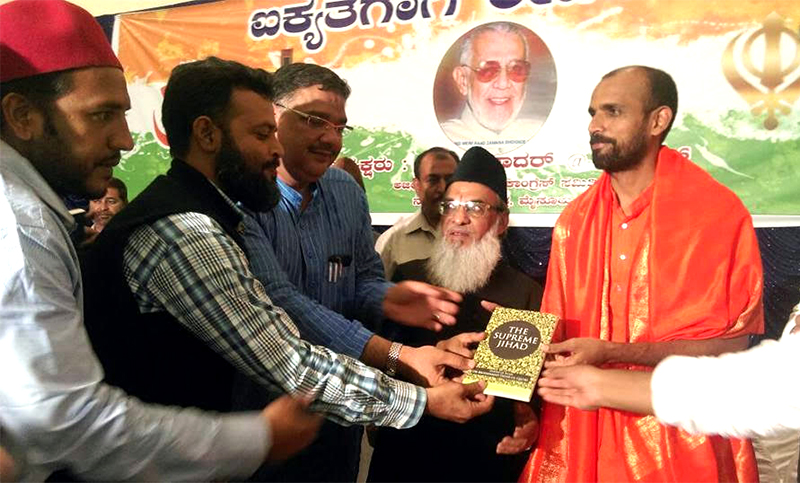 ​Swami Gyan Prakash being presented with a book clearing misconceptions about Jihad.He
appreciated the efforts of MQII in spreading the message of peace. 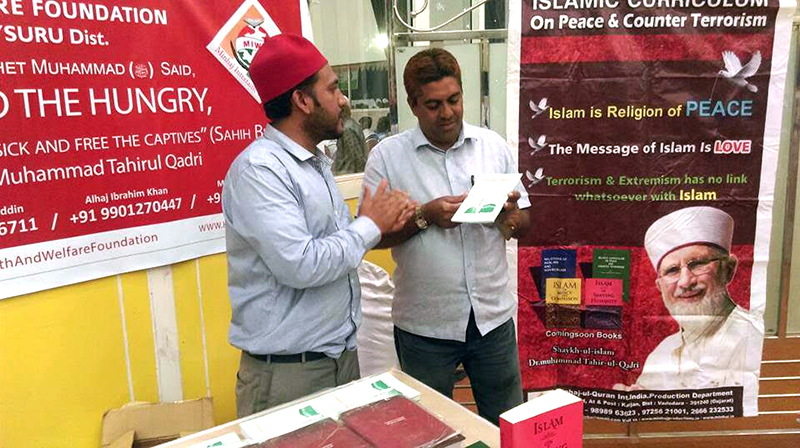 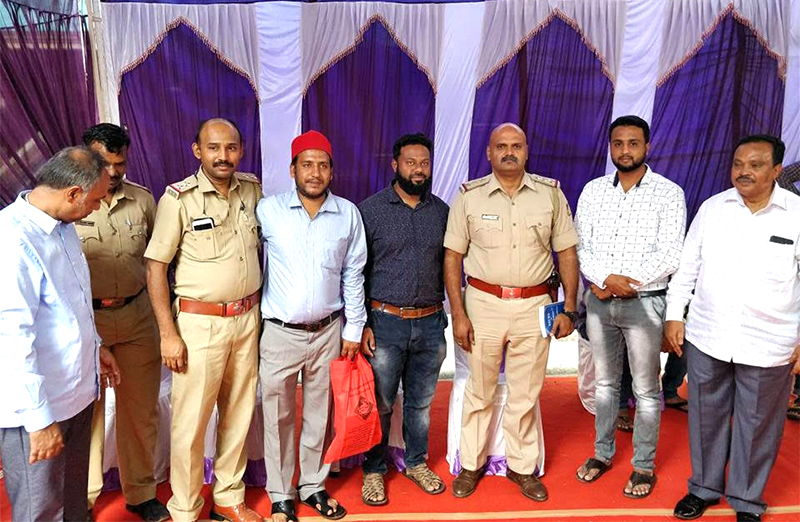 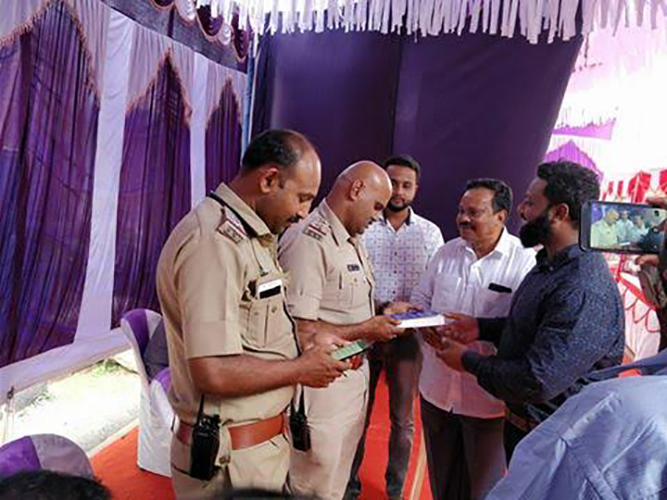